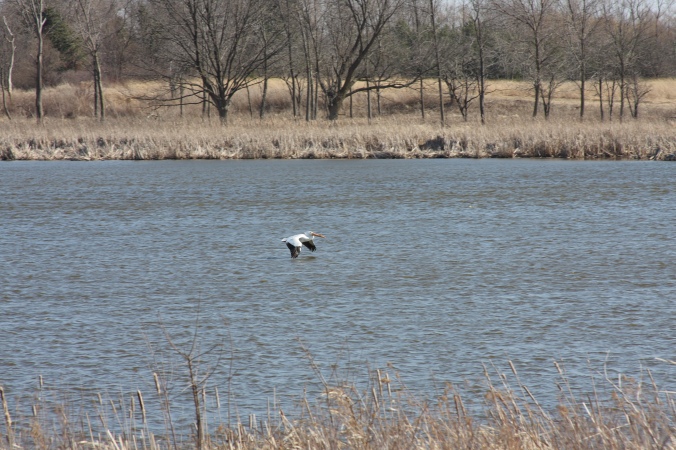 Within the trees that reside in the Forest Preserve District of Kane County lives a wide variety of birds big and small. Throughout the year, different species can be spotted across the county, making our forest preserves an excellent destination for avid birders. Although some seasons may bring more excitement than others, you’re sure to hear birdsong any time of year and identify at least a few of our flying friends. Wondering when and where to go birding in Kane County? Keep reading!

In any season there is guaranteed to be activity. Summer is typically quieter time as most birds are off rearing their young in nests and trees. However, you can still find and hear many species! Spring is considered one of the most exciting seasons for birding as there are not only many native species out, but migrating species visit during this time as well. Birds can be heard singing throughout the trees and found sporting their courtship plumage as they search for a mate. As for fall and winter, there are bird species aplenty as well; although you’ll have to brave the cold to see them! Owls are a popular bird seen during the wintry months, and the Great Horned Owl nests during this time- which has been found at multiple forest preserves in Kane County including Fabyan Forest Preserve and Johnson’s Mound.

Kane County’s forest preserves offer a range of landscapes and habitats, which makes for a great variety of birds:

Tekakwitha Woods: Excellent for songbirds and waterfowl due to its location along the Fox River. This preserve tends to be busiest bird-wise during spring and fall migration.

Jon Duerr Forest Preserve: Also a great location to view songbirds, and is located on the Fox River. The river acts as “bird highway” during migration, and this preserve has quite the record for sightings. Reported sightings include Prothonotary Warblers, Blackburnian Warblers, and Summer Tanagers. 211 species have been spotted here, making this a highly recommended spot!

Dick Young Forest Preserve: Due to the many different habitats at the preserve (prairie, woodland, and wetlands) there are a variety of birds that can be spotted here such as grassland and wetland birds. The woodlands are filled with warblers in the springtime, and the marsh hosts all manners of waterfowl during migration season such as egrets, mergansers, teals, and even white pelicans are known to stop here! Overall, 249 species have been reported at this site.

Bliss Woods Forest Preserve: There are certain species of birds that have very specific habitat requirements which means that they can’t be found just anywhere. Bliss Woods provides an essential interior woodland habitat that many birds, such as the Pileated Woodpecker, can be found in. Another bird known to inhabit these woods is the Red Headed Woodpecker, just one of the 150 species that have been reported at the preserve.

While there are many spots around the county that are excellent for birding, these are just a few that come highly recommended from our Naturalist staff. If you have a favorite birding spot, comment below, we’d love to know!